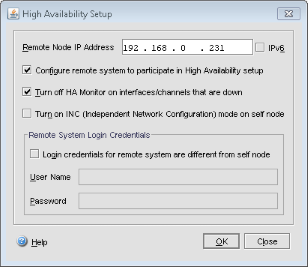 In this article I’ll illustrate how to add a secondary NetScaler device and configure High Availability to ensure you have a resiliant NetScaler deployment.

Depending on how you decided to configure your NetScaler devices, either in a single-arm or two-arm topology, review the IP addressing information below as it is used in the configuration example.

The following IP afddresses are assigned to the primary NetScaler:

A second NetScaler device, “NS2,” has been deployed (as per instruction in NetScaler Deployment) with the following IP addresses:

The following IP afddresses are assigned to the primary NetScaler:

A second NetScaler device, “NS2,” has been deployed (as per instruction in NetScaler Deployment) with the following IP addresses:

In order to ensure that the HA pair functions as expected confirm that:

For single-arm deployments ONLY; disable (in the NetScaler configuration utility) any unused Interfaces – if you are using a single-arm topology the likelyhood is that you won’t be using one of the two NICs created by default.

On the original NetScaler browse to System > High Availability, then click ‘Add…’ at the bottom of the Window to define the secondary NetScaler device:

Leave some time for the HA pair to synchronise, the status of NS2 should then read “SUCCESS”:

You can verify the configuration by inspecting the Monitors, Service Groups and Virtual Servers  now exist on the Secondary NetScaler device. Also, under Network > IPs the secondary NetScaler will list the IP addresses assigned to the Primary as “Passive”:

Note that you will be unable to configure HA Monitoring on any Interfaces, if you try you will receive an error “Operation not permitted” – this is by design on NetScaler VPX devices.

Finally, SAVE your configuration on NS1!

Now lets perform some failover testing; I disconnected the NIC in use on NS1 to cause a failover to NS2. The status of NS1 becomes UNKNOWN on NS2, and NS2 becomes the Primary device:

The IP Addresses also change from PASSIVE to ACTIVE on NS2:

If I run a constant ping when failing over the devices I drop around 2 packets:

When NS1 is re-connected to the network it Synchronises with NS2 and will NOT automatically become the Primary device again. You can force failback by right-clicking NS1 under System > High Availability and selecting Force Failover.

Alternatively use the following command from the console to force a failover: forcefailover

Again, you’ll drop a couple of packets during the failover.

It is also possible to utilse VMAC’s with HA; using VMACs ensures that there is no need to update the CAM table in any switches to which the NetScaler connects to. This will, in all likelyhood, mean that fewer packets are dropped during failover events.

From the command line use the following command to view the HA status of each NetScaler: show ha node