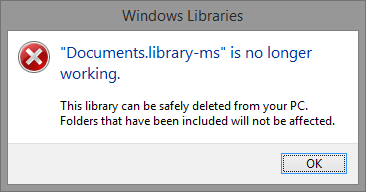 So in a moment of madness following TechEd Europe 2013 I decided to upgrade my Surface RT and Windows 8 PC to 8.1 Preview; 24 hours later I thought I’d share my findings and thoughts so far; jump menu:

Upgrading a UK Surface RT is a real pain, you have to:

Then you’re good to go! Not sure if this affects anywhere else, but Microsoft elude to this on the preview website, The upgrade has worked on two Surface RTs that I have tested with so far and I suppose it takes approx 30-40 minutes to complete following the download.

I obtained the ISO file from TechEd, however you can download it form here: http://windows.microsoft.com/en-gb/windows-8/preview

I decided to perform the upgrade simply due to the inherant issues that upgrading the Surface had introduced!

The upgrade itself was fine, on a 6-core, 16GB workstation it took 10 minutes approximately, if that. Just follow the wizard. NOTE that the full x64 version handles the language pack issue highlighted above all by itself.

Note that SkyDrive.exe gets started by the Scheduled Task ‘Routine Maintenance Task’ under MicrosoftWindowsSkyDrive.

I eventually figured this out; remove all ‘invalid’ library files from C:Users<user name>AppDataRoamingMicrosoftWindowsLibraries. Move them to the recycle bin as moving them somewhere else within your profile will not resolve the issue, as initially I just move the files to my Desktop:

My general opinion is as follows:

Since disabling the Slide Show features I’ve not had this error.

I’ll be sure to keep this post updated if anything else comes up and will feedback if I encounter any battery life issues etc. So far there doesn’t appear to be any significant differences but its way to early to tell.